Your Bestie Here:) just a bestie who shares a little information for you masdew masdew -->
Home Tourist Destinations Best of the Best Tourist attractions in Central Asia

Best of the Best Tourist attractions in Central Asia

Central Asia is mostly made up of five stans. Kazakhstan, Uzbekistan, Kyrgyzstan, Turkmenistan, and Tajikistan are the five nations. These are countries that are landlocked.

Mountains, rivers, lakes, and deserts abound throughout Central Asia. Modern cities such as Almaty, Tashkent, Astana, Bishkek, and Samarkand, on the other hand, are tourist destinations with cutting-edge infrastructure and services.

The number of visitors visiting Central Asian nations has expanded dramatically in recent years. On your vacation to these nations and towns, you may explore the numerous excellent tourist attractions in Central Asia.

We've compiled a list of the top 10 tourist attractions in Central Asia for you. 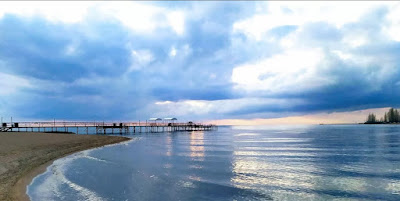 Issyk-Kul Lake, located in the north-eastern Tian Shan, is Kyrgyzstan's biggest lake and the world's second largest mountain lake after Titicaca. Issyk Kul is one of Kyrgyzstan's most popular tourist destinations. This lake is never frozen over.

This is a magnificent lake, and you must visit it to have a good experience of witnessing the lake's water and simply resting on its beach. The proximity of Issyk Kul Lake to the capital city of Bishkek is one of the reasons it frequently appears on visitor itineraries.

At Issyk Kul Lake, beach vacations are quite popular. For the guests, there are resorts, boarding houses, and holiday cottages. Cholpon Ata, on the northern shore of Issyk Kuk Lake, is the lake's most well-known village. In the town, you may have a nice time. The beauty of Issyk Kul Lake is such that once you see the complete panoramic picture, you will never forget it.

The Chimgan Mountain ski resort is a fantastic spot to visit, especially in the summer when Tashkent, Uzbekistan, is hot. When you travel to Tashkent with an Uzbekistan Tour Package or a Tashkent Tour Package, you should stop here.Chimgan is around a 2-hour drive from Tashkent.

This is also a great area to visit in the winter. At 1600 meters, Chimgan is located in the western Tien Shan Mountain range, which surrounds Tashkent from the east. In the winter, a snow blanket covers Tien Shan Mountain at the top, and snow slides down the mountainside, making the entire place magnificent. Chimgan is also known as the "Switzerland of Uzbekistan.

" The Mountain River winds across the mountains and hills, and relict-fir tree woodlands dominate the slopes. Chimgan has been established as a tourist destination and leisure zone.

There are numerous high-rise buildings, hotels, cottages, cable train roads, stores, bars, restaurants, and cafés here, so you get the best of everything. Recreation zones, sana tourism, and summer programs are also available. 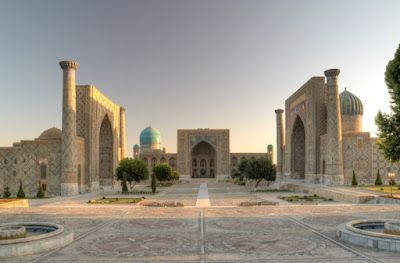 "Registan Square was created when craftsmen and builders from all across the Timurid Empire joined together in the late 14th century to construct this stunning square. Samarkand City is supposed to have been a crossroads for people from all over the world. It was a superb learning facility, with beautiful Islamic architecture.

Registan Square, which embodies the three characteristics of Samarkand, brings all of this together. 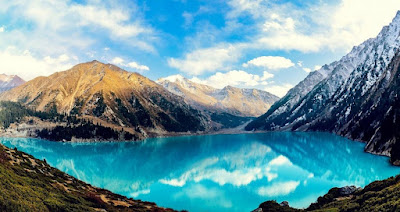 The lake is unique in that it changes color depending on the time of day, month, and year. The lake's water reflects the natural masterpiece that surrounds it on its surface.

The Big Almaty Lake is regarded as one of the most beautiful lakes on the planet. This is unquestionably the most popular lake in Kyrgyzstan's Issyk Kul region.

The lake is bordered by mountains and enormous Tien Shan firs, and Big Almaty Lake is a picturesque wonder amid them. You can visit the lake between May and June, which is considered the best season for people to come. 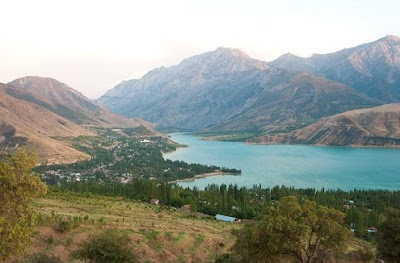 It's not difficult to get there because it's only 60 kilometers from Tashkent. The reservoir's coastline stretches over 100 kilometers, and it is flanked by verdant mountain slopes and snow-capped peaks. The Charvak Reservoir was constructed in 1970.

Within this region, there are several recreational zones, boarding homes, and summer camps. The Lake Charvak Resort draws a large number of visitors and tourists from Uzbekistan and beyond.

Swimming and hiking in the adjacent hills and mountains are just a few of the fun activities available. Paragliding and water rides are additional options for thrill seekers. Others may simply relax and enjoy the tranquil surroundings, which include views of clear blue water and fresh air.

Not only is the reservoir gorgeous to look at, but the surrounding areas are attractive as well. If at all possible, take in the dawn and sunsets, which will leave an indelible impression on your mind after they have settled into your sight.

Medeu is a well-known ice skating rink across the world. It's in a mountain valley on Almaty's south-eastern outskirts, at an elevation of 1,691.2 meters above sea level. Currently, the rink has been artificially transformed.

Many sports competitions, including skating, hockey, and figure skating, are held on this ice-coated rink. In recent years, high mountain skating has grown in popularity across the world, making Medeu a popular destination. In all of the speed skating distances, Medeu has set several world records. Medeu is still one of Kazakhstan's most well-known tourist destinations.

Shymbulak, sometimes known as Chimbulak, is a ski resort in Kazakhstan's magnificent highlands near Almaty. When in Almaty, you must visit the Chimbulak Ski Resort. The view of snowy slopes and Tien Shan firs on your left, right, and ahead as you ski up the road is breathtaking. Chimbulak Ski Resort, meanwhile, welcomes guests on the slopes.

The snowy alps, gardens, woodlands, Tien Shan spruces, and crystal pure water of the mountain Malaya Almatinka river may all be found in the Chimbulak region.

7.Almaty is Kazakhstan's capital, and Kok Tobe is a mountain in the city

Almaty's highest peak is Kok Tobe. As a result, travelers flock to the peak to take in the breathtaking views. It's an absolutely hilarious experience. The Kok Tobe is one of Almaty's most famous landmarks, and it's included in the Almaty Package. There is a leisure area on top of Kok Tobe with various amusement park-style activities, and another attraction, the TV tower, is located at the bottom. Foodies may sample the cuisine of a number of restaurants in the area, which provide a wide range of cuisines. The TV tower is one of the world's tallest structures, and it's unique in that it's entirely made of steel.

The cable car can take you to the summit of Kok Tobe, and this short excursion is also pretty intriguing. You go through some of Almaty's oldest neighborhoods. Those who want to see the city bathed in light should go in the evening. 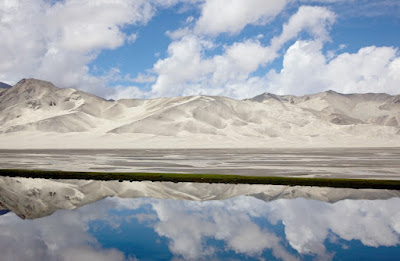 Karakul Lake, at a height of 3914 meters, adorns the Pamir Highway's highest point. This is in Karakul, a community of the same name. Because Karakul means "black," Karakul Lake is also known as "Black Lake." The Pamir Highway is only a few hundred meters from the Karakul Lake, and you may enjoy a 40-kilometer vista of this gorgeous lake.

The lake is pretty and the vivid blue hue of the water adds to its allure. With the best Kyrgyzstan travel packages, you should be here.

The picturesque panorama of the Pamir's snow-capped peaks is reflected in the waters of the Karakul Lake, providing an incredibly stunning vista for tourists. When you go near the lake, it feels much closer and has a rich hue. Night is a beautiful moment because you can see the Milky Way in its full glory. 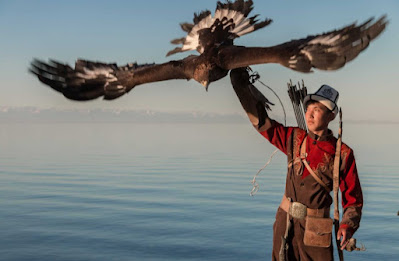 Falconry is a sport in which eagles and other birds of prey are used to hunt. This sport has a long and illustrious history. On the Eurasian steppe, golden eagle hunting has been a tradition for thousands of years. It is still practiced in the United States, the United Kingdom, Mongolia, Kazakhstan, and Kyrgyzstan, as well as China.

Bird hunting has long been a popular pastime in Kazakhstan. Hunters remove a dangerous bird of prey from its mother, raise it until it has a wingspan greater than most humans, and then teach it to attack fast-moving prey in the air before handing it over to their masters. The centuries-old custom of Kazaks hunting with eagles is now being resurrected as a competitive sport in the country.

This falconry tradition has recently received a lot of attention. Nura, a small village two hours east of Almaty, has an eagle hunting museum. In Almaty, you may attend a falcon show and learn about the biological peculiarities of the most magnificent birds of prey.

The trained birds demonstrate how to hunt with a bird, how to retrieve food from the water, and more during the falcon display. During the spectacular performance with the free-flying birds of prey, you can truly experience the tradition and history of falconry. 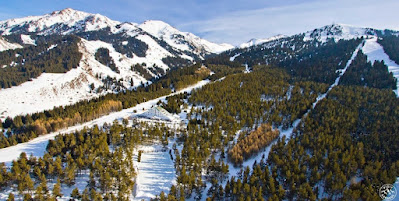 Karakol Ski Resort is the greatest ski resort in the entire Central Asia area, not only in Karakol, Kyrgyzstan. The finest spot to ski is the Karakol Ski Resort. It is surrounded by a pine forest and is ideal for both beginners and advanced skiers. Those who are not interested in skiing can take in the breathtaking views of Issyk Kul Lake and the Tien Shan Range. The sight of a snow blanket covering a mountain over 1 m is pretty common.

Skiing for intermediate and advanced skiers Because the weather is always changing, the opening times are supplied by the Karakol Ski Resort and are subject to change based on external circumstances, day and time, school holidays, and other public holidays.

Skiing equipment is available for hire on the premises. Accommodation and food are provided, albeit in limited quantities. The combination of pine trees and a moderate temperature makes this ski destination very appealing for winter vacations. In the winter, temperatures seldom drop below -5 degrees, and snowfall can reach 2.5 meters. During the summer, you may go horseback riding, hiking, or take off-road adventure routes. 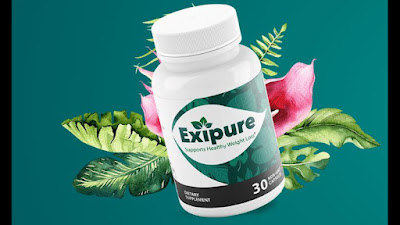